Seeds of Salvation in Farmer’s Valley 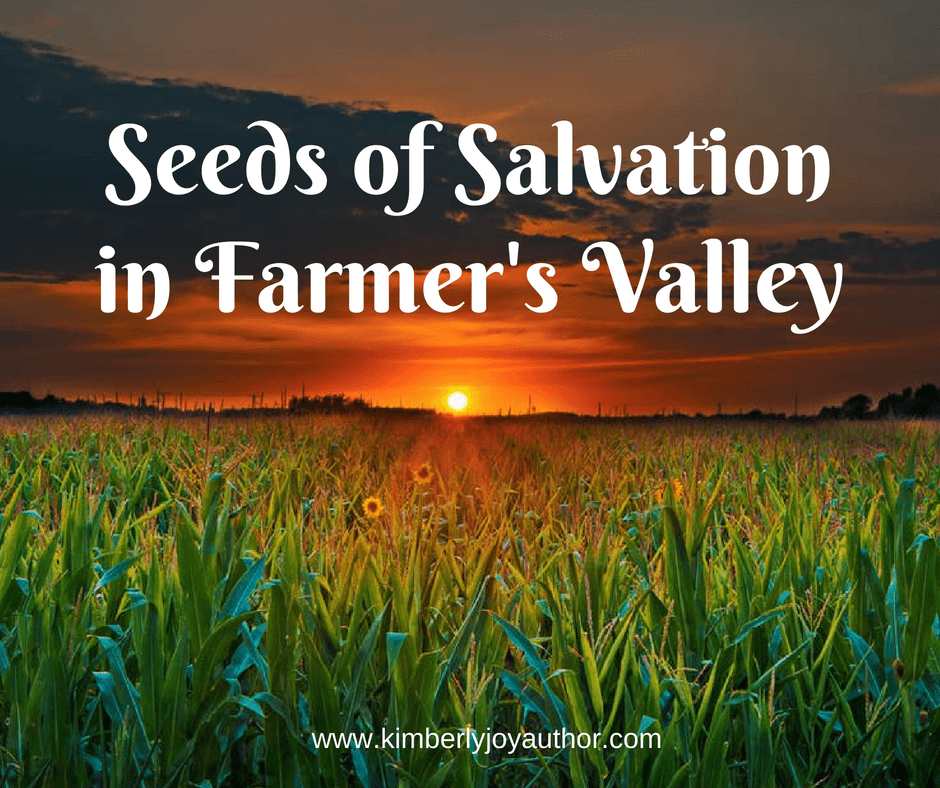 What do a horse, an Army surplus Chevy, and a travelling evangelist have in common?

The answer may surprise you.

God used all three of these to orchestrate the salvation story of my life–to bring me to Jesus.

It all started in a little community in the rolling hills of Wisconsin called Farmer’s Valley. Sitting smack dab in the middle of that valley was the Brooks farm. The farmer and his wife eventually had seven sons and one daughter. (Although he liked to say he had seven sons and they all had a sister, just to make folks think he had 14 kids.)

But one day someone told them. He was a travelling preacher named Sam Hamilton. Every couple of years, Sam would buy an old Chevy from the Army (still painted olive-green) and plaster Bible verses all over it. He mounted a loud-speaker on the top and drove from town to town, preaching in tent meetings and on street corners.

The farmer, his wife, and their three children went to town to hear Sam preach. The message of Jesus burned true in their hearts, and the country couple accepted God’s free gift of salvation. Sam baptized them in the creek on their farm, and directed them to a little church down the road.

Sadly, the church disbanded a few years later. The farmer and his wife had a few more kids by this time, and the kids didn’t go to Sunday school or know much about Jesus.

But God wanted those kids in church, learning the way of salvation. He sent a man to the farm, looking to buy a Clydesdale horse to pull small logs. The farmer had just the horse. It was kinda old, but the man thought it would do the job.

A couple months later, the visitor was back. The farmer figured the horse hadn’t worked out and offered to give the man his money back.

“Oh, no. The horse is just fine. But I noticed your kids running around the farmyard. Do they go to church anywhere? Would they like to come to my church?”

And so the farmer, his wife, and eventually a whole heap of kids ended up in another little church, where they attended many years.

The farmer’s oldest son was my dad. And that little country church laid the foundation for his acceptance of God’s gift of salvation.

The rest is history. My parents met, fell (madly) in love, and started their own family. They told my two brothers and me the stories of Jesus from the time we were very small. We accepted Jesus when we were young, and now it is our privilege to continue the legacy we have been given.

My older brother teaches in a Christian school, my younger brother is a pastor, and I’m a daycare provider who loves to write about Jesus. It’s amazing to think that when we pass the message of Jesus to someone in our town or on the internet, it’s all because God used a horse, an old Chevy, and a travelling evangelist to bring salvation to our grandparents so many years ago.

“For God so loved the world, that he gave his only begotten Son, that whosoever believeth in him should not perish, but have everlasting life.” (John 3:16)

How did God bring salvation to you? Who and what did He use to draw you to Himself? I would love to hear your story.

Do you dread checking your inbox? All those emails screaming, "Read me - Buy me - Pay attention to me?"

If so, I'd like to offer your inbox a bit of relief, a weekly reminder to "Be still and know that I am God." Sign up here for an encouraging weekly devotional. Be still. Be blessed.
Your information will *never* be shared or sold to a 3rd party.
Subscribe for weekly devotionals